Welcome! It's wonderful to see you here!

I'm a passionate writer - and therefore spend most of my time writing thriller novels. But I also live an interesting life in the nations. This blog is here for that aspect of my life - our life - I live with my wonderful wife and two daughters.
I believe in encouragement. I live for obedience. I believe in learning from our experiences, and this blog exists for both of those, and more.
So that you stay connected, getting every new update, please add your email address to receive all updates directly, or follow the RSS feed.
I was part of the leadership team in St Petersburg, Russia - which planted Hope Church in 2009.(www.hopechurchstpetersburg.com).
In March 2012 Hope Church sent my family to plant into Tallinn, the Capital of Estonia. I therefore lead this small but growing church plant team. Here is the website for Hope Tallinn (www.hopetallinn.ee)
For details on our journey here, read the series called Adventures of Faith which is linked for you on the right hand column, just below. That details our original journey to Russia and then onto Tallinn 4 years later.
Author for fiction novels - Cherry Picking (2012), The Last Prophet (2015), The Tablet (2015) and The Shadow Man (2016) are available on all major bookselling sites. Please visit: www.timheathbooks.com
Some want to help in practical ways:

In the last two posts I've shared news from Capital cities that border the Baltic sea.  In fact all three entries so far have been big, bustling cities.  They've also all been started in the last few years, if that.

This time we are staying in the Baltics, but hearing from David, who is in a small town called Smiltene, which is in Latvia.  It's also moved on from the church plant phase and is already a church in its own right.

I first spoke with David through Skype from our then home in Russia.  In the last six months I've had the pleasure of meeting him in person, both in central and southern Estonia and also once in Riga.

So this is what David had to say;

Tell us a little about the city you meet in?

Smiltene is a small town of 6,000 in a rural community serving probably an additional 3,000. Smiltene is something of an economic oasis in an area which is generally struggling economically. Christianity is dominated by religion and legalism with particular emphasis on Lutheranism.

Some people might look at church planting and feel they have no idea what to do - what would you say to help them?
There are many good opportunities to investigate, especially within Newfrontiers. Go visit a church plant in another country for your summer holiday. Hangout with church planting types. Chat to your church leadership team and local apostle. You can successfully spend several years gain experience and seeking God about your future potential church planting call. Nynke from Holland came to us twice for a couple of weeks, using her annual leave from her work. Then for five months (unpaid leave) before deciding to move out here. Ilze and I spent a short week with her church and leadership team in Holland.

Called to just church plant, or called to a specific city - or both? And does it matter?
I think it does matter.  You need to know your calling. If it is to church planting in general, that is no problem. If it is to a specific geographical location, nation, people group then that too is important to know. The call will vary with different individuals.

How old were you when you planted your first church?
Thirty eight.

Are you finished yet?
No.

If you have planted into another culture and language, talk through some of the issues and experiences you've come across so far?
Personally for me;
• Language. I am / was(?) too afraid to make mistakes and thus, was very diligent at cracking trying to use what I had learnt. So, it took several years for me to get into the ‘snowball effect’, i.e. the more you use what you have, the more you learn. The more you learn the more you use what you have.
• Culture. Not adapting to Latvian culture but, not wanting to simply import British Christianity or indeed, even simply Newfrontiers churchianity.
• Religion and legalism. They love over here. Sadly, after The Wall came down the churches (in general) didn’t particularly embrace the new found freedom. Many are still very legalistic. Anything not Lutheran or Catholic is still treated with some suspicion. Pentecostalism is still considered a ‘new’ religion. So, what hope for charismatic who have only been around a few decades? Not being ordained, not having a ‘real’ building etc all cause lots of people a real problem out here. Those battles were fought in the UK in the 60’s and 70’s. In real terms those battles are still only just being started out here.

And what language are you doing your gatherings in?
Our church is a Latvian speaking church. However, I do still preach via a translator.

In Newfrontiers, we talk about building on an Apostolic and Prophetic foundation - how has that been seen through your situation?
We have strong links with Mike Betts out of Lowestoft who is apostolic and Keith Hazel a recognised prophet. Both have visited us here in Smiltene. Mike will revisit occasionally but in general now the ‘hands-on’ work is via Norman Blows in Bury St. Eds.

Calling verses Gifting - where do you stand?
I think both are important but, in the end if you know you are called you will have the resilience and determination to see it through the tough times. Gifitng is important but, you can play to your gifts and gather / hire in others to cover the areas you are not so strong on. You can learn a lot too. You can’t hire in or learn calling.

What is the role of internationals (ie non natives) in the life of a new church plant?
It can be very helpful and also a hindrance.
Helpful in that you may have people who think like you and have similar values.  Hindrance in that locals may end up looking to / deferring too the people from ‘the west’.  When we were in Bindure in Zimbabwe Piet Drayer had two Sunday services in the same building. A mixed one and a blacks only one. It was the only way he could find to get black Zimbabweans to run Sunday meetings without simply deferring by default to whites. It can be a bit like that here between Latvians and westerners.

What challenges have you had to over come?
Language. Suspicion. Passivity amongst local men. Endemic dishonesty.

What challenges remain?
Language. Raising up men to take initiative and to help move them into positions of authority. Huge problem in former Soviet Union with passivity amongst men.

Can people still move to join you?
Yes.

How can someone pray for you and your church?
• To make real inroads into the adult male community
• Strong leadership team of Latvian men to be built
• Home / midweek groups hosted and run by Latvian church members

Do you need a team to go church planting?
Yes, I think you do. We built one with locals once we were here. I would say that the ‘gathering’ stage is crucial.

Is outside financial support vital for church planting?
Vital no! But it really helps and takes off some of the strain of the first year when things are small, struggling and (in a different culture/nation) busy with language and cultural issues.

What other ways are there that you've come across?
Being in a small town in a poor (relatively speaking for Europe) country, we have had to have some outside financial support for larger projects. E.G. Alpha courses, distribution of food and clothing to the community.

What advantages does having financial support for at least the first year have in the life of a church plant?
It really helps to take off a lot of the pressure especially in the first year in a different country when language and cultural issues are having to be dealt with. 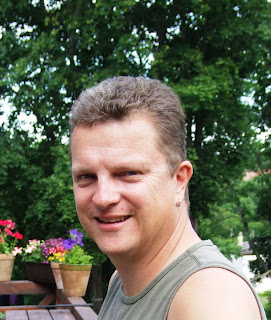 Thank you so much for sharing this David.

David is part of The Father's House, in Smiltene, Latvia.

Great to read your reflections, David! I really want to visit Father's House in Smiltene some day. Can't believe I haven't yet been there!

Hearing My Heart - Most Recent Entries

Adventures of Faith - Our Story to Russia and then to Tallinn

An Interview with a...Church Planter